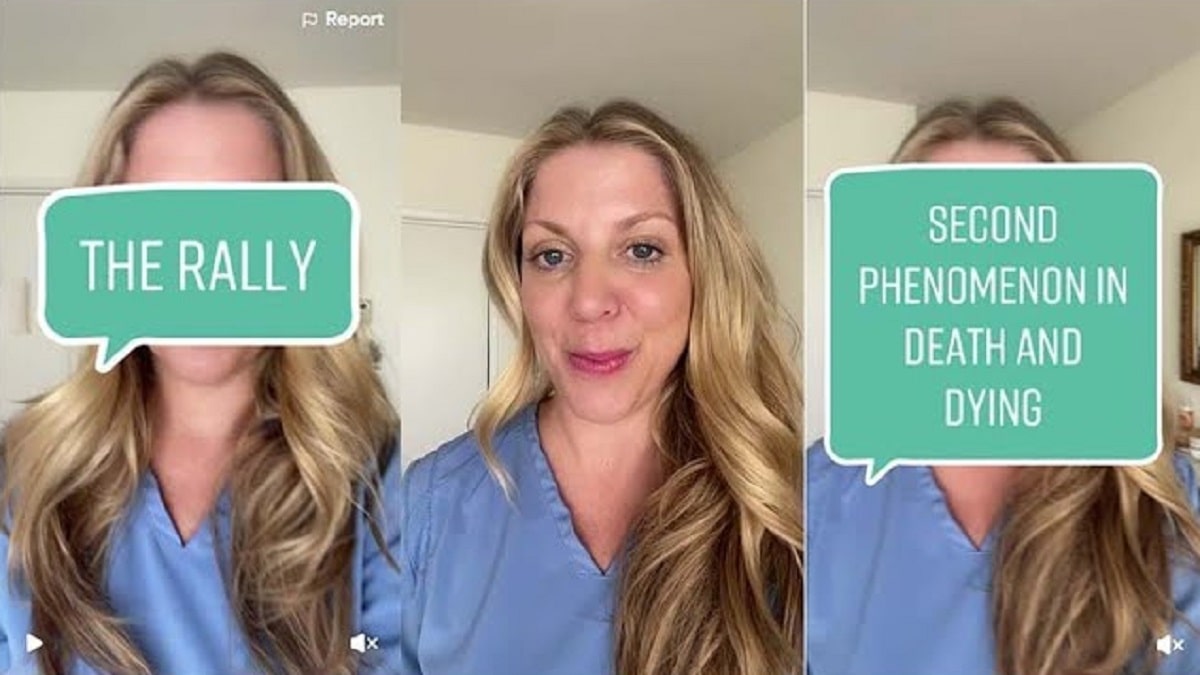 Hospice Nurse Unexplained Phenomena Before Death On Tiktok: A hospice nurse has opened up about the unexplained phenomena before someone’s death in a series of Tik Tok videos, the videos which have been posted by the nurse are receiving a lot of attention from the users on the social media platform and her videos have gone viral as of this point in time. Follow More Update On GetIndiaNews.com

Who Is Hospice Nurse Julie?

The medical professional runs the Tik Tok account @Hospicenursejulie which has 383,000 followers as of this point in time and her followers are increasing at a fast pace as her recent videos have gone viral on the platform.

In a series of Tik Tok videos, Jukie has given an insight into her job and she has shared information about what can be expected by people before they die, it has been explained by the nurse that she got into making Tik Tok videos after seeing her nieces on the social media platform which inspired her to educate people about her work.

She stated that she want to normalize death by educating people about it, she went home to visit her family and her tween nieces are on Tik Tok too, Julie has stated in one of her videos, she later went on Tik Tok to see their dances, they are the ones who gave her the idea of starting her own Tik Tok about death and dying.

In the second video, Julie has explained about the patients seeing the dead family members, pets and friends before they die. She stated that it usually happens a month or so before the patient dies, they start seeing their dead relatives, old pets, dead friends, angels, spirits which are visiting and them and they are the only ones who can see them.

Sometimes it happens through a dream, sometimes they see them physically and they usually ask her if she has seen what they are seeing, it seems like people are not afraid of it, usually it very comforting for the patients and they usually send a message to them that they are going to see them soon, basically it is not scary to them.