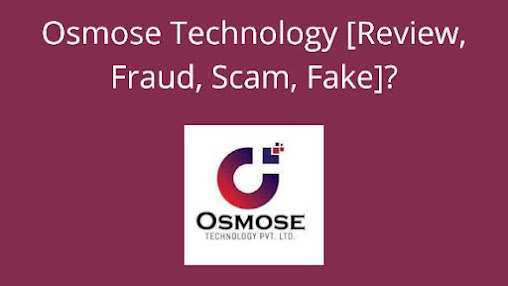 The Corporate Identification Number (CIN) of OSMOSE TECHNOLOGY PRIVATE LIMITED is U72900PN2019PTC188640. You can reach them by email at [email protected], or you can pay them a visit at Fl No A, Atulnagar Warje Highway S 79/B Nr Runwal Panorama PUNE Pune-411052 Maharashtra.

OSMOSE TECHNOLOGY PRIVATE LIMITED is a Private company that was formed on December 24, 2019. It is registered with RoC-Pune as a Non-Governmental Organization. Maharashtra is where they are registered. It has a 500000.00 authorized share capital and a 10000.00 paid-up capital.

Osmose Technology Private Limited is now in the state of – Active.

According to our data, Osmose Technology Private Limited’s most recent AGM (Annual General Meeting) was held on December 31, 2020. Also, according to our data, its most recent balance statement was produced for the fiscal year ending on March 31, 2020. Vikram Madhukar Patil and Vishal Sarjerao Mahinda are the two directors of Osmose Technology Private Limited.

What is Osmose Technology Pvt?

As I mentioned earlier, Osmose Technology was a networking company in the beginning, and it used to work only in India. But later on, this company was made Worldwide and its name was changed from Osmose Technology Private Limited to OSM Software Solution. Osmose Technology is now working as a software company all over the world.

In the beginning, osmose technology was fairly popular. However, customers who invested in Osmose Technology have had a lot of difficulties getting their money back in the last several months. Initially, this firm gave money to individuals, and many dreamed of becoming wealthy as a result of it, but since the introduction of Cryptocurrency rules and regulations in India, Osmose Technology has found an excuse.

Let us inform you that Osmose Technology has a Telegram channel as well. There are also quite a few people there. A few days ago, on Telegram Channel, there was an update on an app that users should download and register an account for. When then, their money will be reimbursed after they complete a series of stages. However, some argue that this is really a front to obtain sponsorship and that they are being duped.