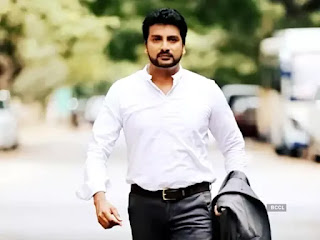 Table of Contents hide
About the show, Story:
Star Cast:

Raja Sekar joined the cast of the popular show ‘Amman’. The actor is all excited about the new venture. Raja will be seen in the role of Aravan. The episodes featuring Raja as Aravan will go on from today (July 2).

Rajanipraveen has joined and will perform the role of Thara, the lead antagonist. The episodes featuring her as Thara go on air from today (June 14).

The Mahasangamam episodes of Amman and Mangalya Sandhosham are already on air from May 10.

Samyuktha Karthik will be portraying the role of Rudhra in Amman. The episodes featuring her would go on air from today (April 26).

The makers of the show are leaving no stones unturned to spice up the entertainment quotient. Uyire fame Manishajith became part of the show recently. Samyuktha has become the recent addition to join the show.

Sakthi (Pavithra Gowda) isn’t visible to others. Eashwar (Amaljith), who is under the custody of Manthra (Chandrika), is determined not to reveal Sakthi’s whereabouts to anyone. Lakshmi Amma (Sakthi’s mother) asks Siddhar about Sakthi’s whereabouts. Siddhar says Sakthi is sound and safe. Due to repeated requests, Siddhar deputes his disciple named Thamini (Manishajith) to help Lakshmi Amma to find out Sakthi. Thamini seeks Rudhra’s (Samyuktha) help who has more divine powers to accomplish the tasks given by Siddhar. Following this, whether Rudhra succeeds in her attempts or not forms the crux of the story in the upcoming episodes.

About the show, Story:

Shakthi, a village belle who is blessed with the power of foreseeing the future. She is revered by the village for her unique ability. Eshwar, a doctor by profession, who lives in the same village, tries to drive a wedge between Shakthi and the villagers. Shakthi and Eshwar fall in love under unusual circumstances and the consequences of their love where Shakthi comes to know that her present family is not hers and sets out to find her real family. Will Shakthi reunite with her family and with Eshwar forms the rest of the story…

Anu Vignesh, Avinash (as Aravind), Shubha Raksha (as Gandhari), and others. VJ-turned-actresses Vaigha and Maheshwari

The show will mark the acting debut of the two. in the show directed by Ravi Priyan and produced by I. Ahmed.

Raja Sekar joined the cast of the popular show ‘Amman’. Raja is currently acting in the shows Suriyavamsam and Abhiyum Naanum.   Raja is known for his appearances in the shows Pasamalar, Mohini, Deivamagal, Romapuri Pandian (written by the former chief minister of Tamil Nadu Kalaignar M. Karunanidhi), and Vamsam, to name a few. Raja’s performance in the role of Mohan in the show Perazhagi earned him good fame among the audience.   In the early days of his career, Raja used to work in the textile industrial