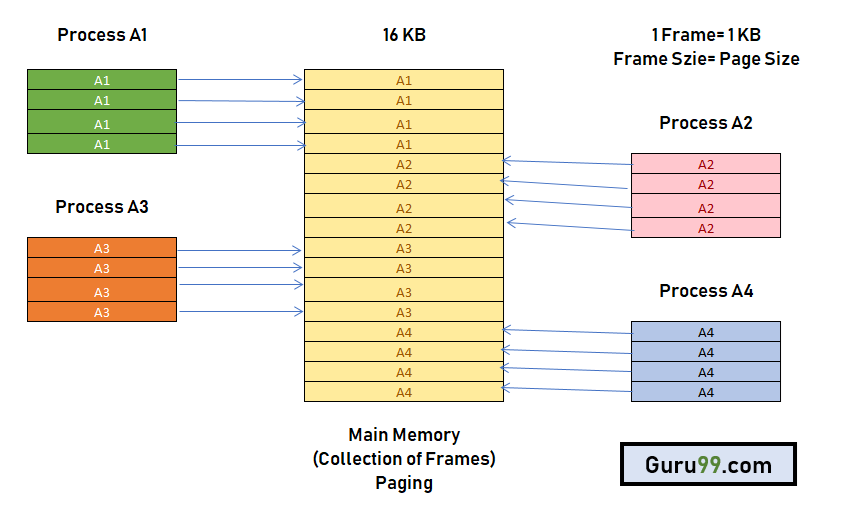 Paging is a memory management technique. It enables the operating system to move from the secondary storage to the main memory. Paging is a process that allows the physical address space to be non-contiguous.

What is paging in operating system? (Paging in Hindi)

The paging process is used for faster access to data. Paging is a storage structure and is divided into blocks of a fixed size. In which secondary memory and main memory are included.

In the paging technique, different parts are divided into different memory locations. In which the usefulness of the entire system increases with pages of fixed size to Commemoration.

The physical address space of the paging process is available in the main memory and it copies a fixed number of pages from the storage device to the main memory.

The OS’s main memory in the frame of physical memory is the memory management scheme. Data can be processed and accessed by a paging system.

Benefits of Paging – What is the advantage of Paging?

The disadvantages of Paging technology in operating systems are as follows:

How does paging work? How does Paging works

Paging A storage mechanism that reads data from a block called a page. In operating systems, the job of paging is to retrieve processes from secondary storage in the form of pages in the main memory. The physical chunk of memory is divided into different-sized process pages. Operating system pages can be segmented as main memory frames.